Showing posts from December, 2019
Show all

A Year on Film 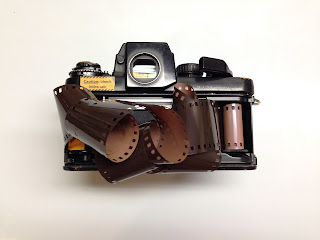 I was in Wisconsin, Lake Geneva actually.  It was quite cold, just the beginning of winter.  I was very little at the time, but I recall walking into a store called the Dancing Unicorn.  They had a lot of really neat things: hand engraved flasks, small carved and inlaid wooden boxes, tons of beautiful old books, and way in the back--some old cameras.  There was a small hand-written sign on the shelf, it said "please do not trip the shutters."  I had no idea what this meant at the time.  If I just held it, would something break?  They were weird, these little old boxes, some with large metal disks on the top with a light bulb.  I was intrigued.  My camera was a little plastic Kodak C613 that I had just gotten from my aunt the Christmas or two before.  Point and shoot digital camera, nothing special, I took photos mostly of people's shoes and Lego bricks.  Then there below, way below, was a Certo Dolly camera from the 1930s.  I liked how it looked.  Old, but not like a b
Post a Comment
Read more
More posts