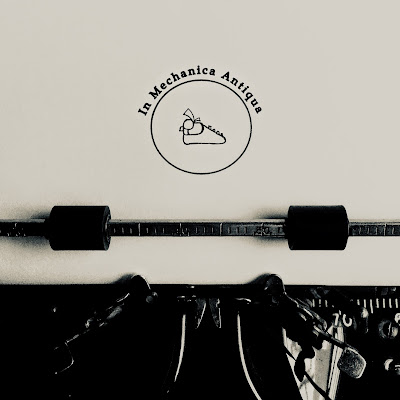 A blog by a typewriter repair tech, for typewriter people. Embracing Analogue Is it time to update the introduction to this blog?  I think so.  I want you to close your eyes and imagine a massive library, vast and expansive in the knowledge it covers.  Please note that I don't actually want you to close your eyes, because then you wouldn't be able to read this.  Just close your mind's eye...your...pineal gland?  Anyway, imagine that big beautiful library has a catch.  Not a single dot of information in all those volumes has any practical use.  Now I also want you to imagine that most of the shelves are dry-rotted and the books appear in huge heaps all over the place without the slightest, faintest illusion of order.  As if it were ground zero of the "nuke of knowledge," the hazy aftermath of a several literary-megaton violent enlightenment that created this monumental catastrophe.   That library is me.  Well, no, I am not a physical library, I am in fact
9 comments
Read more 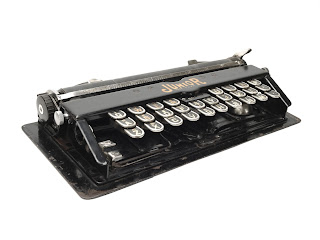 I have been wanting to get my hands on a Bennett typewriter for a while now.  They're often considered the world's smallest keyboard typewriter, and rightfully so.  The Bennett employs a full modified unilinear QWERTY keyboard, with a form factor half that of the Underwood 3 bank.  It is truly a typewriter that would fit in your coat pocket--I know, I tried. I'm not a typewriter collector, I am a typewriter user.  Those of you who know me know that I enjoy using machines that would make most collectors cringe.  I'm a big fan of typing.  For a long time, I searched for the perfect ultra-portable typewriter, but none that I tried were excellent enough to type on to justify the weight and shoulder pain required to take them out and about.  The Bennett, though not great to type on, was certainly the smallest of the bunch. This weekend I was able to get my hands on a Junior, specifically a second model Junior made between 1907 and 1910.  The first iteration of the Bennett
1 comment
Read more 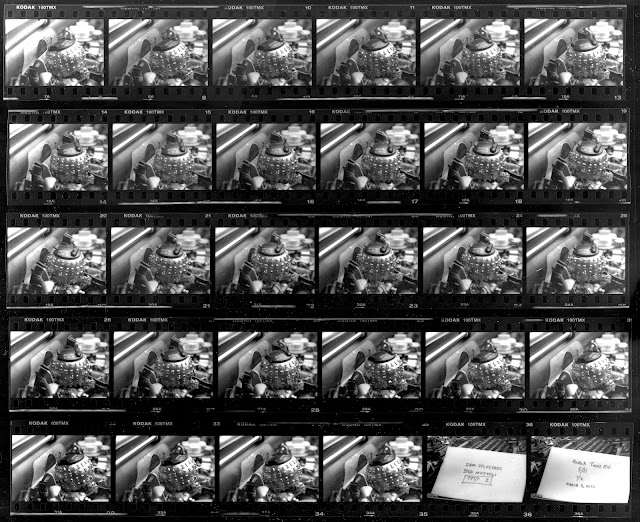 I decided to make this header photo extra large as it is itself, the subject of this article.  Before we delve into this thing I created, I figured it would do some good to explain the origin of the idea, which is twofold.  The very first motion picture was released in 1878 by Eadweard Muybridge, and featured a running horse.  The film was created on glass plate negatives with specialty cameras with gravity-fed shutters designed by Muybridge himself.  The goal was, in short, to examine things in detail that the eye could not naturally capture.  Muybridge was tasked with discovering if and when all four hooves of a horse were off the ground.  Over the later parts of his career, Muybridge conducted many other sequence photographic projects which served as a sort of slow-motion analysis.   The second facet of this project's inspiration originates much much later, in the 1960s.  IBM had just released the first of the Selectric series electric typewriters, which featured a moving sing
3 comments
Read more 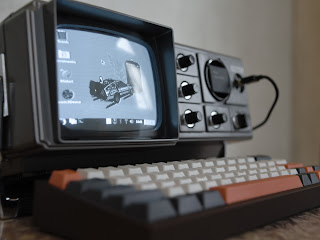 I can't be the only one to find myself lost in the internet rabbit holes in an age such as ours.  Sometimes it's an uninspiring frustration, and other times you find yourself on the path to discovering something truly cool.  A few weeks ago, I stumbled upon a group of unique creators making what they called "cyberdecks."  The concept was a dystopian-esque or retro-futuristic portable computer, in part inspired by the cyberpunk movement, Blade Runner, and Fallout, though there are plenty of other sci-fi extravaganzas that employ similar devices.  The cool thing about cyberdecks is that they work, and there is no right way to create one.  There come in a variety of shapes and sizes, some in the traditional clamshell style, and others that their own entirely new concept. I had toyed around with the idea of creating a small portable computer, and decided I would give it a shot.  I've always been a fan of the aesthetic of old computers, so I decided to try and build on
11 comments
Read more
More posts